PEARLMAN
PART II
The so-called ‘spirit of adventure’ – a term now quite quaint and retro, often stems from a base of comfort and security where one can have nice escapist reads, to alleviate boredom and impatience with that straitjacketed, predictable base. It seems the contrary of forced exile and migration, often the result of the destruction of the self-same base. But sometimes the base undergoes slow decay rather than rapid disintegration. However, the two have their affinities. The fortunes of all individuals and families in a growing and changing society have their upward and downward turns, each movement needing the other for a sense of definition; they are two cog wheels, each dependent on the other’s contrary motion. I felt that maybe I was on the cusp of prosperity, and had to do something drastic before the cycle of decline got into motion – forestall my nagging nightmare of the drastic bursting of the credit bubble. News of the seismic shudders with the banks and the stock market gave me sustained shudders. Sometimes comfort and security can wither away, or be destroyed in the course of the adventurous absence, by the action of the elements or the forces of economics – unless you have gained extra insight through living in a war-torn country. I have no desire to titillate empty heads with tales of exotic exploits; I must also convey what hurts. There’s an infinity of better legends from all over the world – now really easy to garner; the search engines are so helpful. I want to be in the thick of what really happened.

Through good fortune not of my own making, I had been geared to comfort and solid bases, but was drawn towards that place where human conflict echoed the action of the elements – guilty from my sense of having been overprotected, observing those shanty towns and the horrors of famine and war, but feeling safe, detached from them. But perhaps I also felt a bit deprived – of first-hand experience. Physically, this side of the stratosphere, there may well be nothing left validly to explore and conquer, with any sense of freshness or novelty – only desperate waste lands with nothing but their minerals to recommend them.

Perhaps I should have felt more like an agriculturalist, but I never even had an allotment; the greenhouses were always owned and tended by someone else – never got round to organic farm holidays, although I gave token nods in their favour. I was always bad about watering my indoor plants; but a moment of concentration, seeing them whither, breaking the haze of my absent-mindedness, pulled me together.

To regain the freshness of research, one had to reverse time, turn the global chronometer into a mirror image of itself, moving in reverse. Through sustained deep meditation, reinforced by hefty history tomes, I managed to transform my cranium into a time-chariot, with dual – lateral and vertical – propulsion: nice to negotiate mountain ranges with ease when time-hopping. Maybe some time I’ll be able to make a fire from flints – never learned how to do so in the Boy Scouts, which I left prematurely – but hope springs eternal, particularly if the elements force one to be resourceful – though a suit of armour is a bit of a straitjacket, some sort of gender-crossing counterpart to a whalebone corset. Of course, they didn’t have comfortable casual wear in those days – maybe that made life nobler, or maybe that’s our retrospective illusion. It would be great to have that burnished, swaggering, glittering glamour – real tempered Toledo – without the heavy weight, but you can’t have everything. For a while I could do my sadistic work and feel like a surgeon, but I could not feel that way forever, though my wounds remained minimal. A couple of medals clinked pompously on my chest. I became convinced I had a charmed life, and was protected for a higher purpose. The concept of a cleansing cataclysm definitely did not leave me with a clear conscience – I felt that somehow I had provoked the elements by perpetrating some mysterious wrong; in spite of much forgetfulness, I had always thought of myself as environmentally friendly. 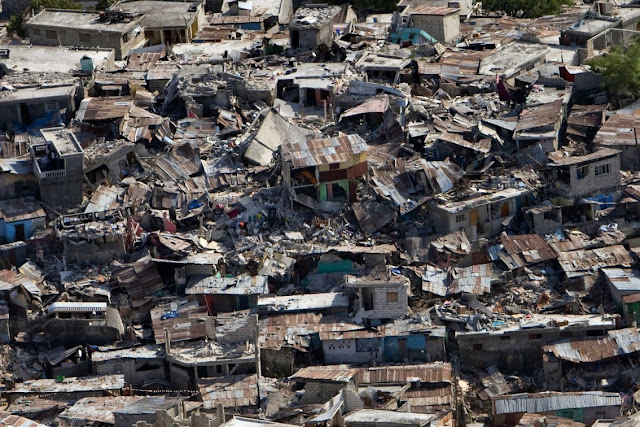 Burning rocks and liquid potions cut bold colours into slabs, and joined solidly all images of things elsewhere linked by only air, earth or flame. This process entails some sense of loss, like gold and silver ornaments being melted down into ingots. Then through their blocks, between them and around them – the hard, slippery slabs of danger, consonant with the sun’s submergence under the earth’s blanket. Each curve and loop mirrored the sun’s rise and fall, divorced from its zenith. It’s sometimes good to see human detritus transmuted to elemental purity – but only a fractional goodness if one ignores the massed human agonies intrinsic to the transformation. To a great extent we are comforted by abandoned relics.

Our destiny is orbital: In the beginning was the end-point of progress, the boundary of the human brain; whether or not this is attributed to another planet, another system, is finally immaterial, for all is only known through being thrown back in reflection. Since so much of our fate hinges on a periphery, and depends on random fluctuations, we could ourselves be what lies beyond it.

There was a peaceful terrain before ice and sea, swamp and fire scattered the tribes – the first, long-trailing, inter-continental immigrants, honed them into warring factions, grim mirrors of the land. Some splinters sank into misted lakes. Other barbed points seethe, turbulent in the scorching sand, alongside the hardest lizards. Dispersal was sustained for aeons from the reptilian ages – then plagues, storms and cataclysms drove all to valley’s bottom, sinking all hatreds into earth, to be the earth’s ballast. The boulders which had scowled, cracked and rolled, tortured by ice and flame, to menace all on inclines, were now fused into the columns of their new-found dignity, through total edges emulating their old mass, proud of their new-found, solid unity. The valley swamps turned deeper, or half-dried to nurture total plenty. But afar, the wails of eagles and condors echoed the winds, and made the tasks go on, over the heads of their executors.

In the ages before their withering, the swamp reeds whistled warnings – that the glaciers would be transformed into scalding clouds, and that the locusts would carry the plague to all mankind, turn skins to cinders. The few who could escape had to build a new order.

Through the first friction of its birth, the world was clouded, the thread of fire undulated, forever uncut. Through the thickest fogs it was borne, ever quivering from perpetual renewal – because  loops of sun and moon, thickened and superimposed, or cancelled on repetition according to the caprices of powers beyond definition, sustained it. Through the thickest fogs it was borne, ever-quivering to endless renewal. Within it, blood, ore, lava and blinding sun wrestled in harmony, quavered as winged snakes. Its offshoots filtered into a cowl – to thicken a temperate gauze. The cutting edges were forged, firstly by friction and lastly by flame.
Posted by DuanesPoeTree at 8:38 PM