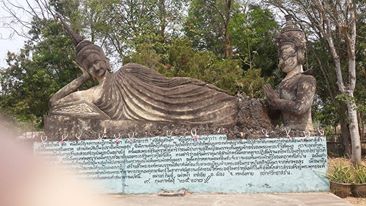 Posted by DuanesPoeTree at 9:40 PM No comments:

Email ThisBlogThis!Share to TwitterShare to FacebookShare to Pinterest
Labels: Mandalay

A classical dancer unfurls
Her fingers one after another
To show the sun what has been hidden
In her cupped palm.

Posted by DuanesPoeTree at 9:37 PM No comments:


waiting for the storm
protected by tin saints
watching the girls in town
spent hours
soaking in the damp of those houses
years soaking in the mildew and black spores
which grow in the corners of those rooms
so now my skin just smells like old muslin
hung across windows
catching the light and the weather
no perfume can disguise it
it may as well be my colour
pallid and wax and pale
the colour of cold sweat and dead skin
the colour of the news paper they use to wrap new borns
before they leave them on the corner by the trash.

i can't stand this madness
the sky never breaks, and watching these girls depresses me


St Alexander was a Roman soldier who converted to Christianity and then converted others, he was captured by the Romans and fed to the lions in the arena. He is the catholic patron saint of soldiers. On saint medals his likeness bares resemblance to that of Alexander The Great. The poem is about both of them. 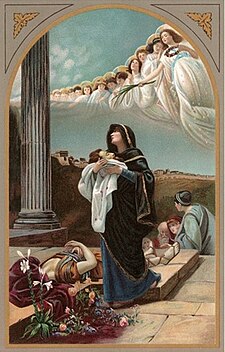 The Martyrdom of Saint Alexander of Bergamo -- Ponziano Loverni
Posted by DuanesPoeTree at 8:27 PM 1 comment: