Confessionalism
My heart is growing
a little bit smaller
with each passing day.
I know I shouldn’t
talk about it. 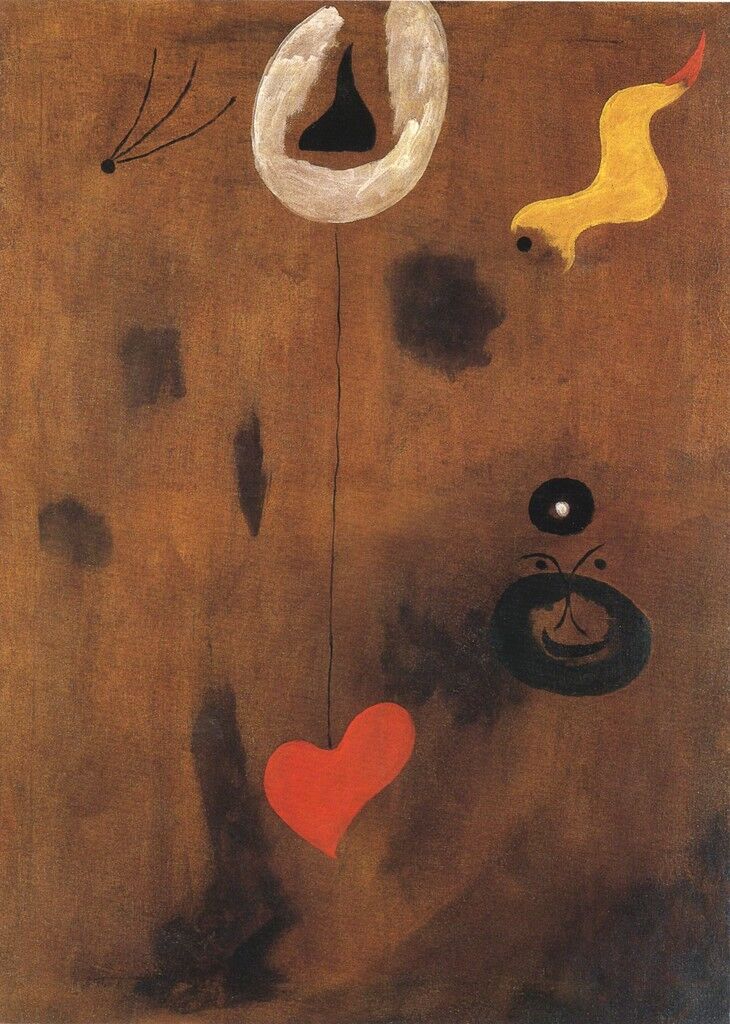 Painting --  Juan Miró
Posted by DuanesPoeTree at 9:24 AM No comments:

Acidic Cycles/Meltdown Fever
Rain falls heavy on my head/poison daggers
tease with cancerous intentions/inventions of decadence
A sky that won’t be silenced…
screaming hardships across the ocean
Burning oilfields in the distance/money making schemes
of madness/wounded is the animal…
once called human – Paradise lost
to the wages of war – What’s the score?
No one’s sure anymore
The fields of chaos weep…
plucking the poppies/popping the pills –
A Medical Industrial Death Machine
dares to dream
of keeping the populace fast asleep
Double down on the bleeding nightmares…
oozing out the prison walls/privatized –
lock you up and burn your eyes
from the truth/too harsh/lost sight
A flight into the realms
of cognitive dissonance/Stockholm Syndrome
A love of the oppressor
as the federal budget bloats/the Beast
sinks its teeth
into open veins/a strange
toxin dissolves into the blood
A knock on the door…
Is anyone home?
A vampire dressed to the nines…
sleek suit/sleazy art of war
Roll out the red carpet
for the whore of Babylon/babbling
in strange tongues/twisted carnage
on the tip
of a tidal surge
swarming out at sea/a prophecy
of devastation unto damnation
Pestilence and plagues/vaccinated haze…
the waves rise/fall/
collapse inward/implosive indoctrination
from the cradle to the grave/betrayed
Shovel ready
jobs that never surface/left buried
where the bombs dropped/radioactive plumes
drift skyward/torch heaven
Rinse/repeat…
rain falls heavy on my head 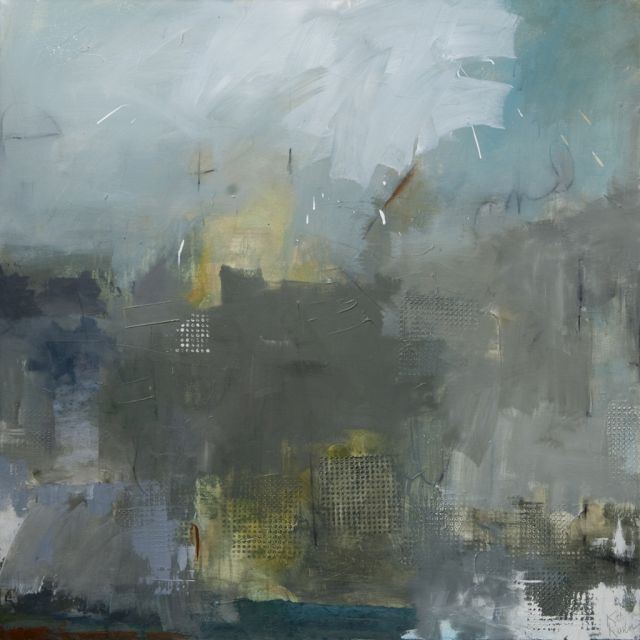 Urban Deluge -- katy kuhn
Posted by DuanesPoeTree at 9:20 AM No comments: 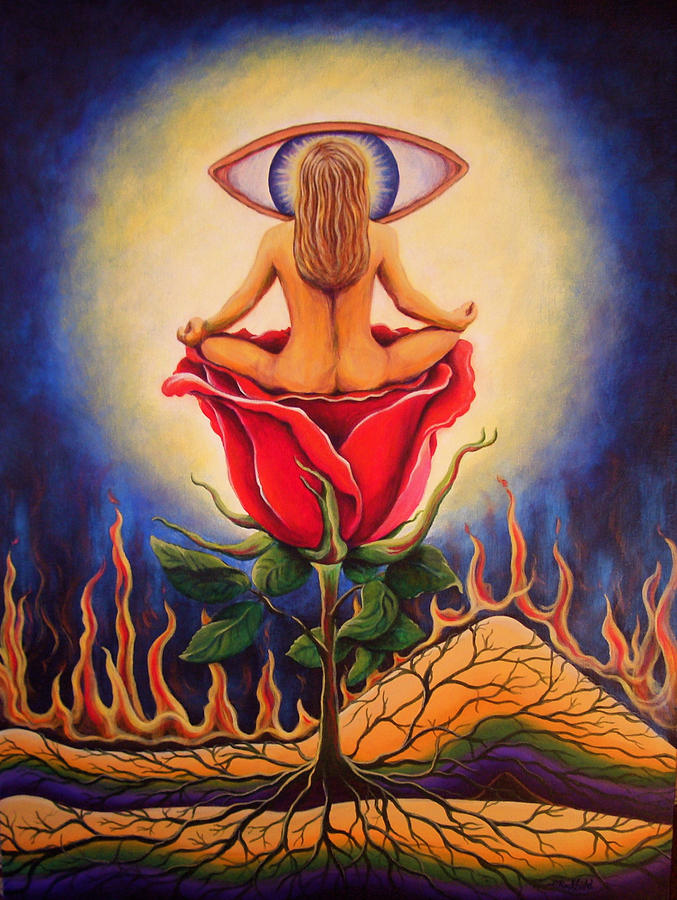 Kundalini Rising -- Barbara Rockhold
Posted by DuanesPoeTree at 9:12 AM No comments: 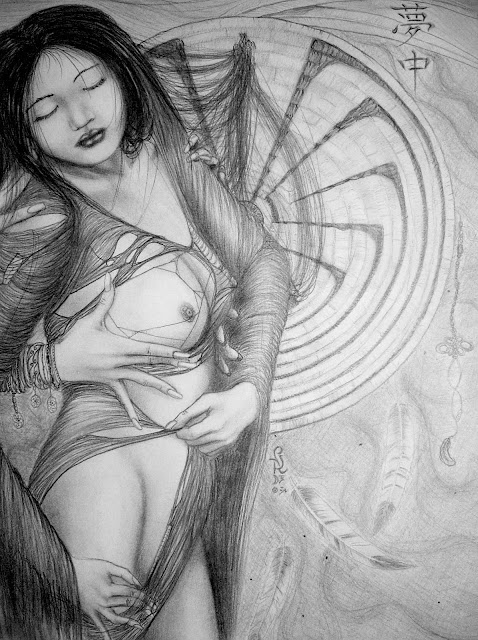 Posted by DuanesPoeTree at 9:08 AM No comments: 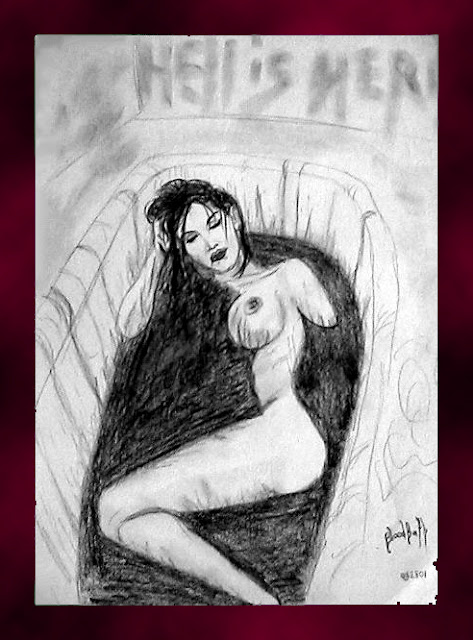 Posted by DuanesPoeTree at 9:07 AM No comments: 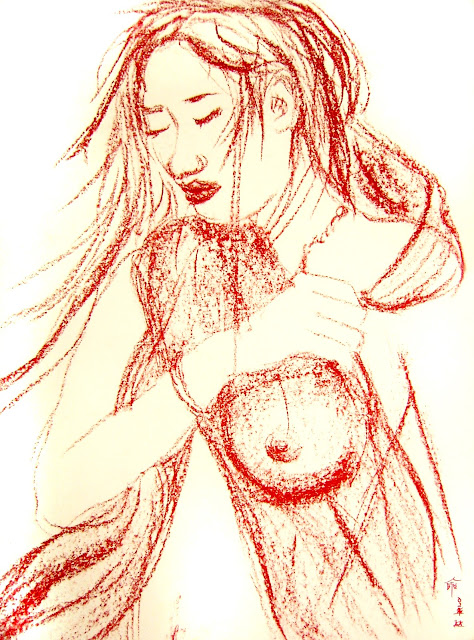 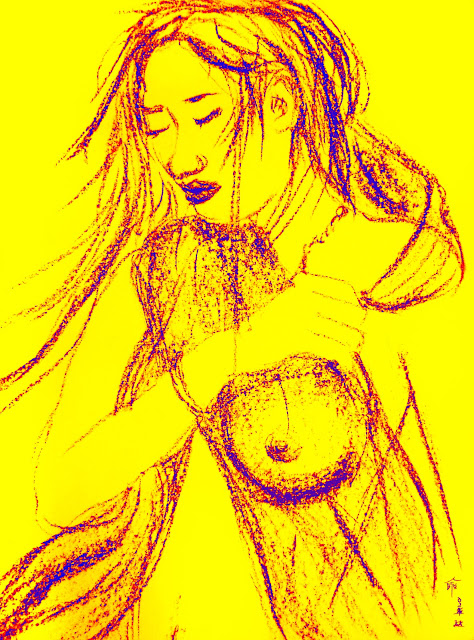 Posted by DuanesPoeTree at 9:06 AM No comments: 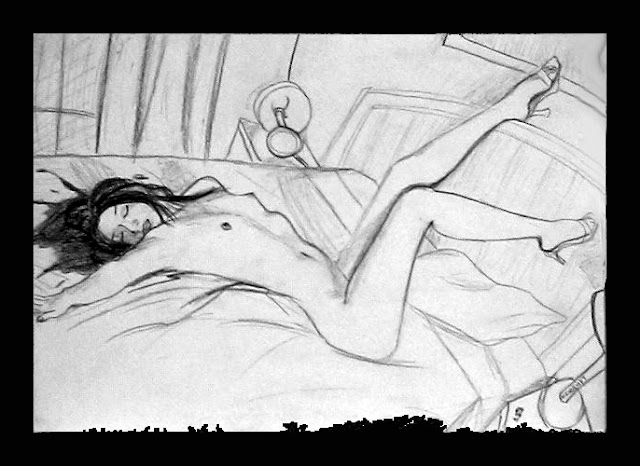 Posted by DuanesPoeTree at 9:04 AM No comments:

You May Call It a Blasphemy Dorşîn -- Zehra Doğa
Posted by DuanesPoeTree at 9:00 AM No comments: 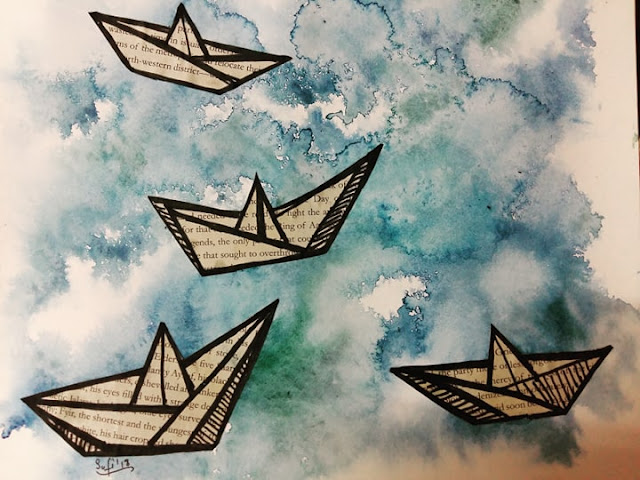 Posted by DuanesPoeTree at 8:56 AM No comments: 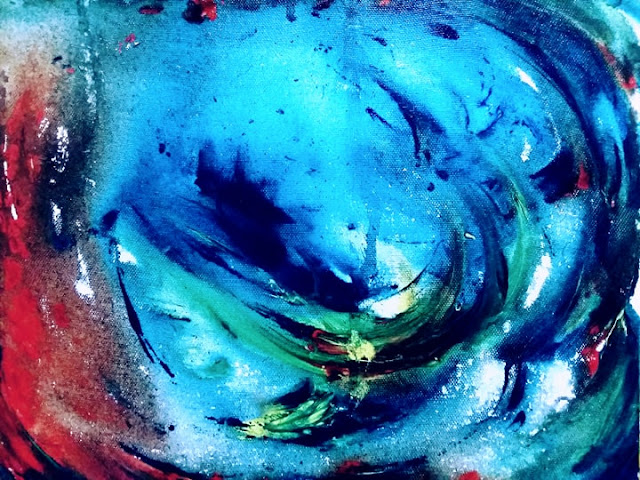 Posted by DuanesPoeTree at 8:55 AM No comments: 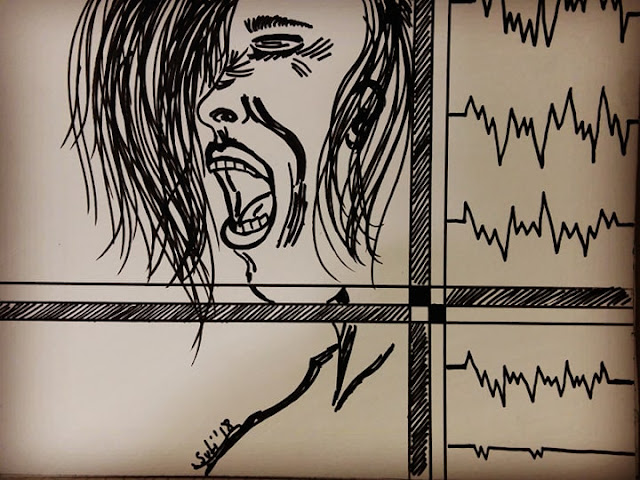 Posted by DuanesPoeTree at 8:55 AM No comments:


When a laugh crinkles  my eyes to glint wild, know I hold you close. To nights dedicated to dreaming you into the pores of my being, I keep you prisoned. In between the layers of skin, of my face, I have you enshrined. A mausoleum of buried tears that surge out no more. The identity I now am, just one, is an independence of heart from its chest of safety’s escapism.

("Josiah Buried in the Mausoleum of  His Fathers" -- His servants therefore took him out of that chariot, and put him in the second chariot that he had; and they brought him to Jerusalem, and he died, and was buried in one of the sepulchres of his fathers. And all Judah and Jerusalem mourned for Josiah. -- King James Bible)

Email ThisBlogThis!Share to TwitterShare to FacebookShare to Pinterest
Labels: Sheikha A.

Lampposts at the base loosen their steel
under the force of moss. The curtains
of my room are statues of fountains,
arching perceptively against the smoke
in the wind. Flowers pressed between bars
of iron gates, paper fans against luscious
velvet – this house has survived contrasts.
You will know my city for its beauty –
the nightly binging on shadows – voices
that pry into sprouting pods. Feet scale
towards an immeasurable sky. You will
never see a string of birds free like the kite.
Pigeons coiling their wings on unknown
rooftops, squabbles with domestic eagles.
April has arrived last night with a bang
of flies. Somewhere else, a neighbour
hadn’t switched off their lights. Where Paths Cross -- Joseph Vega
Posted by DuanesPoeTree at 8:49 AM No comments:

Email ThisBlogThis!Share to TwitterShare to FacebookShare to Pinterest
Labels: Sheikha A.

They parcelled up my bones,
sent them from Cheshire
to Llandudno-look, here’s
the crown of my skull,
vertebrae, rib-parings,
fragments of hips, pelvis,
a scattering of limbs.
Experts scanned and probed.
Blodwen, they wrote,
(though I never answered
to such a name) was five foot
tall, had arthritis, secondary
cancer, carried heavy weights
and farmed on the Little Orme.
Oh, my sad bones,
no-one heard your lament
when they pinned you
under glass.
Sing it louder, tell out my love
for mountain slopes, wide
copper skies, the dance
of rain on my hair.

My love,
Wait for me by the seashores
To the mountains do I go
For conquering my soul.
Come not to find me there -
For lost will I be
Lost and in utter disrepair.
Lost intermittently for friends
Lost probably for hopes
Lost forever from the dead past -
And its dreary woes.
But never for thee,
seldom for thy part.

Lost will I be in the woods
And to those denizens -
More to those elves of hills.
Lost to those brooks and streams
Lost among the pine and cedar
But, them would I love
less than I love thee.

Wait for me by the seas,
For when I return
To thy invitation for a swim,
Purging the wisdom and the dross
Of those alluring spirits of the hills -
Wait until this love for thee
Erupts like a spring,
Flows in myriad fountains
Flies in unbroken wings.

Wait for me, by the seashore, my love -
For return I shall, love thee, I will
Wait not just for my going under
But for the beyond going
Or wait till the seas run dry
Vapours replacing its foaming brine.
This my only promise, this my love's sign,
The eternal sanction and seal -
Till I'm dying. I am waiting for you -- Samacca Art
Posted by DuanesPoeTree at 8:43 AM No comments: 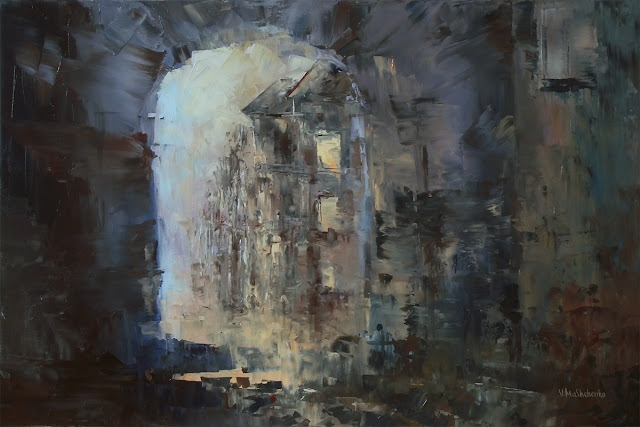 Posted by DuanesPoeTree at 12:02 PM No comments:


(Inspired by the Legend of Zelda: Ocarina Of Time video game)

I. The Forest Temple

We never knew the word in the wax
museum hamlet of our youth
or the meaning of what happened to
the Elder...a meaning
I could not define for you
or comprehend for myself
as I set out for his pioneering
final wish

The meaning
you could not define for me

​III. A Night In The Water Temple

'When water fills the lake,
shoot for the morning light.' 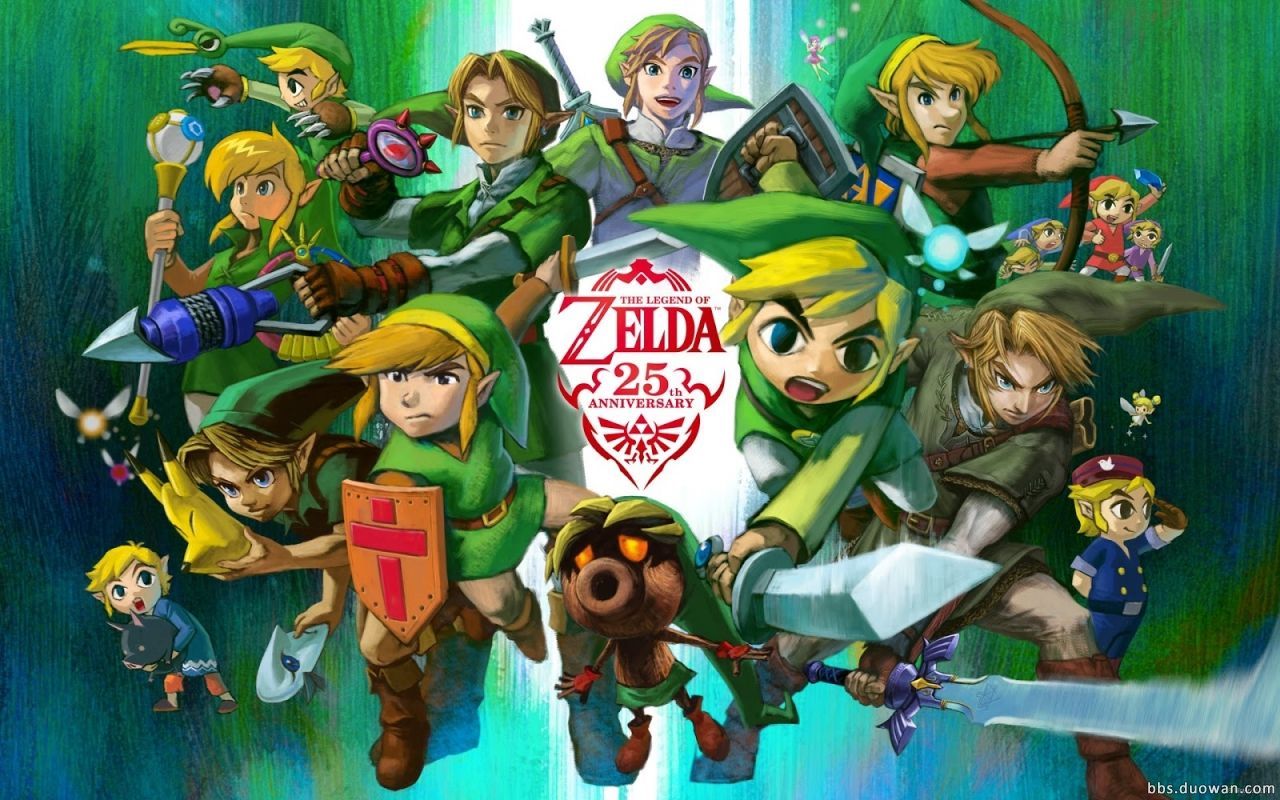 Defining me
is like spelling out
a hundred-letter word
Essence of existence seized
in a vowel-less commute
through a dreamless sleep
between the suns
of definition and identity
Applications of passivity
become of me then bail
on potential to become me
Nothing here to see
say the signature police
Move along evolving as you were
Vicissitude's aloof
to the morose settlement
cited only in a mime around
the fringes of inclusion's
stunned recess
Outspokenness seduces
in its transparent slip of tongues
Intellectual arousal cowers
under impotence of
aural relevance
Praying to the ghost of
Helen Keller for a shadow
based influence
I resent my senses
on the basis of
their comfort on a fence
Why am I denied
essential evidence?
What nuances seal
the appeal of pretense?
I can lay no claim to tragedy
I'm too preoccupied
with verbal travesties
and inclinations of Van Gogh's spite
towards awarded senses
I'm inclined to take my eyes first
like an inconveniently
enlightened Oedipus
or have them taken from me
by a bastard boy
keen to my attempts
at nurturing to health
the wrongings of divine right
Gloucestershire sauce
imprints a bitter stain
on my incessant appetite
for gluttonous libations
of assured affirmations 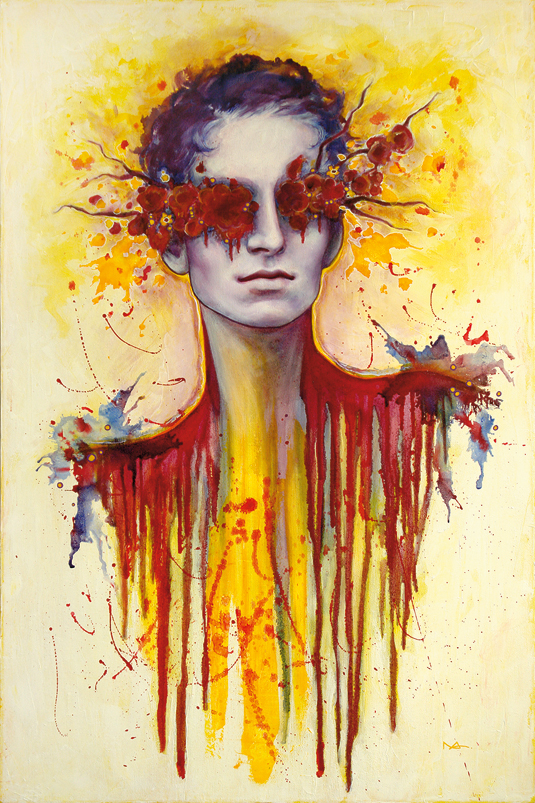 Oedipus -- Nykolai Aleksander
Posted by DuanesPoeTree at 11:42 AM 2 comments: