ON A SOUL'S LIFE JOURNEY - With Oscar Wilde

“Haha! I know it’s so hard to convince you. Now, would you like to tell me how this first trial ended? Did the religious authorities ignite the prosecution against you? They are always against homosexuality.”

“No, as the jury was unable to reach a verdict, my counsel, Sir Edward Clarke, was finally able to get a magistrate to allow me and my friends to post bail. The Reverend Stewart Headlam put up most of the £5,000 surety required by the court…”

“Yes, he even disagreed with my treatment by the press and the courts.”

“At the end, I burst into tears of shame in the courtroom.”

“I’m so sorry! Remember what you once said: The things people say of a man do not alter a man. He is what he is. Public opinion is of no value whatsoever.”

“Heh, yes, a scandal is gossip made tedious by morality.”

“Don’t forget: we are specially designed to appeal to the sense of humor. A cynic is a man who knows the price of everything and the value of nothing.”

With a sad smile, I pause for a few minutes before asking him, “May I visit you in your imprisonment? It’s just there, about one month later from where we are now.”

A month passed and we’re now standing before a huge complex building. “Here we are, dear Oscar, where the toughest part of your journey starts, first at Pentonville Prison then at Wandsworth Prison in London.”

Oscar utters his words with difficulty, “As you can see, the prisoners follow a regimen of hard labor, hard fare and a hard bed. Or let me say in other words:

The vilest deeds like poison weeds
Bloom well in prison air;
It is only what is good in man
That wastes and withers there;
Pale Anguish keeps the heavy gate
And the Warder is Despair.”

“Oh, poor Oscar, that must have been too harsh on you as you had been accustomed to comfort and luxury.”

“Of course! My health declined here sharply, and in November I collapsed during chapel from illness and hunger. I spent two months in the infirmary.”

“But did they move you to any other prison where you got better treatment?”

“Yes, in November, to Reading Prison, 30 miles west of London.”

“Good?! Not at all!! The transfer itself was the hardest thing of my whole incarceration, as a crowd jeered and spat at me on the railway platform.”

Here I cannot tell any details as I’ve turned away my head. I can hardly hear myself trying to say, “Sorry, Oscar, I…”

“Oscar, in spite of the dimness of your damp gloomy cell of this prison, I can still see the books you requested to read.” Yes, Italian and German grammars, the Bible in French, some Ancient Greek texts.

“Yes, yes, all that beside essays by St. Augustine, Cardinal Newman and Walter Pater… May I say that these readings draw to me the line of thought you adopt at this bitter period of your life?”

“Heh, you’re trying to get too deep. Anyway, my second half of the letter to Alfred…”

“Yes. A letter that might trace my spiritual journey of redemption and fulfillment through this prison reading. To say the truth, I realize at this moment that my ordeal has filled my soul with the fruit of experience, however bitter it tastes at the time. It’s true, as I once said: experience, the name we give to our mistakes!” 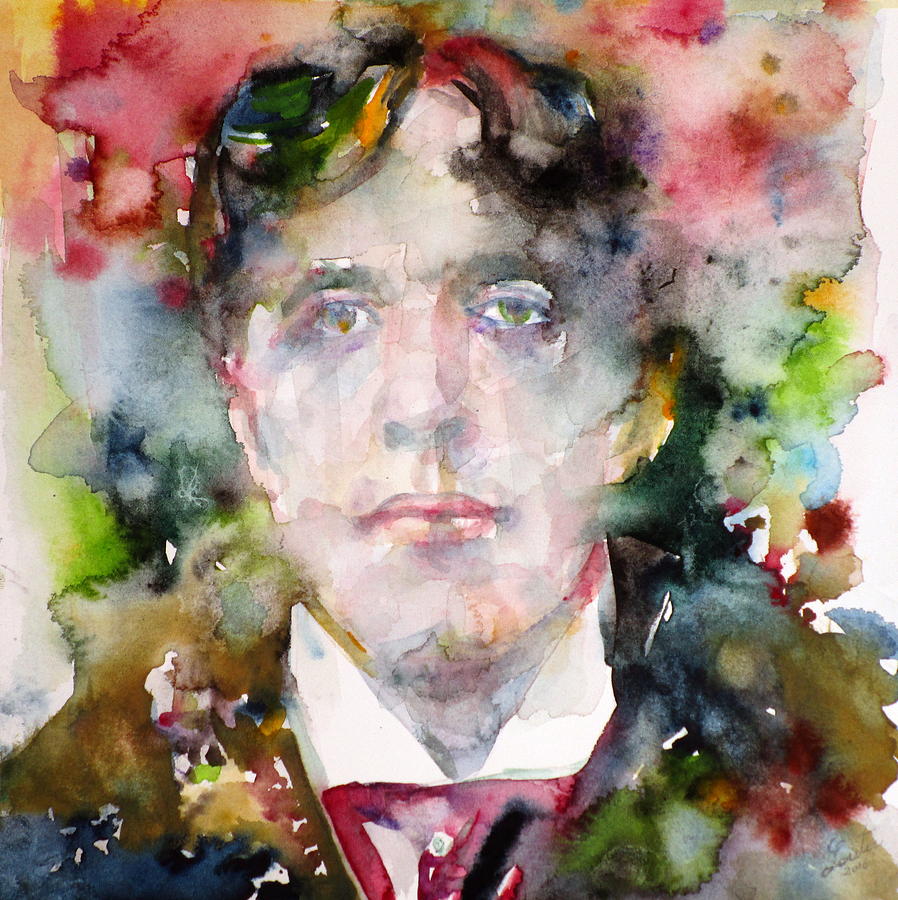