Deirfgeis – Veteran of a Thousand Gusts


Legend of Siegfried – His name has been whispered by legions of Bloekomboom trees from eons ago, their decaying poisoned roots now withered, still hold untold secrets of marauding existential battles fought by desperate tserof creatures to prevent an ancient dark force to own their very essence. Desperate for a brave warrior to secure their lineage they turned to a wise oracle named Eniamrahc, she who dwelled in the misty woods of Fluweeltjie high above the peaks of the Drakensberg mountains, there to use her ancient mystic kruie to create a bloekomboom leaf defender, a magical warrior who would rid their enchanted forests from total annihilation and certain eternal damnation. His name was Siegfried, the youngest leaf of the oldest bloekomboom in the kingdom of Belhar who chose him as their elected liberator, as Siegfried's veins held the secret to their liberated future.


The Oracle – The revered Eniamrahc renamed him Deirfgeis, whose sole mission was to calm a thousand gusts from ripping out vast swathes of generations of royal bloekomboom trees, as well as their denneboom and jakaranda cousins whose deep roots have already been poisoned by the unknown invisible dark entity who seem to know the many secrets of the kingdom of Belhar. She offered him dust of boegoe, breath of knoffel, thorns of bitterbessie, armour of okkerneut and finally the oldest wynstok vine staff retrieved from deep within the ancient kangogrotte caves, where many of Deirfgeis' relations have endured countless senseless battles to protect the source of their longevity but many have been swept away by a thousand gusts sent to rip them from their central root system by he who is only known as the Gamdroela,  a jealous broken desperate creature determined to ascend to the ancient throne of Belhar. Only Deirfgeis could now attempt to bring honour to his father, Sekueb Nodmai ruler of the most powerful bloekomboom army and journey to the dreaded valley of Vygieskraal, there to finally stop a thousand gusts from ending his bloodline – He could not turn back now.


Battle for Vygieskraal – The bleskop aasvoëls first saw him on the horizon at the edge of the
Vygieskraal sourlands, battered windswept and fatigued. It was his wandelstok that convinced them that this was the one who the pine tree defectors whispered about across the slopes of the Sederberg mountains. These vultures have roamed the darkened skies in service of their master, whose very existence was fueled for this epic moment, the arrival of the youngest leaf of Sekueb Nodmai, ruler of the mighty legendary bloekomboom tree army with whom he shares a secret bloodline yet to be revealed and his tainted inheritance royally sealed. As his aerial spies reported on the expected arrival, the Gamdroela released the first wave of swirling gusts to challenge the young Deirfgeis and determine his weakness on this existential consequential revelatory doomed quest for he is surely a welcome fragile guest. The time has come for permanent deletion necessary annihilation, long overdue cessation – This bloekomboom savior will never return victorious as the force of a thousand gusts will end him into fine windswept dust his final crush nothing can stop this…


My Name is Deirfgeis – The first spiral onslaught nearly tore through him although his mystical veneer suffered some perforation caused by fiery darts pummeled by a thousand gusts from subterranean volcanic ash – It did not deter this determined princely warrior who knew that this final moment would seal his foretold future and overthrow a lonely broken homeless nationless doomed creature. As knife edge grass blades briefly pierced his enhanced armoured body and more gusts attempted to end his victorious quest, Deirfgeis noticed a dark almost familiar shadow descend from a rocky outcrop above him. Elongated burnt branches attempted to sweep him up into a rush of air whilst an ominous voice whispered, “You will never return to ascend your promised throne, for I am Gamdroela the eldest heir to the kingdom of Belhar and the true annointed leader of our father's mighty bloekomboom tree army. I have been banished neglected forgotten but I will end you here, now!” As he said this, Deirfgeis reached into his okkerneut arsenal on his back and as he moved forward whilst holding up the powerful ancient vine wandelstok staff given to him by Eniamrahc, he uttered these words as he threw the contents of his herbal weaponry towards the Gamdroela, “Our battle has been foretold heed to my wandelstok and submit to the will of our father, king of a formidable bloekomboom army – Your selfish twisted intentions were born from your poisoned mind denying your true heritage submit to me and taste once again peaceful reverie but I warn you, defy me and you will surely witness my annointed herbal armory designed to pulverize you in an instant but if you appear hesitant I might rescind for I am your executor and your saviour – I am your end and your beginning –


My name is Deirfgeis, veteran of a thousand gusts… 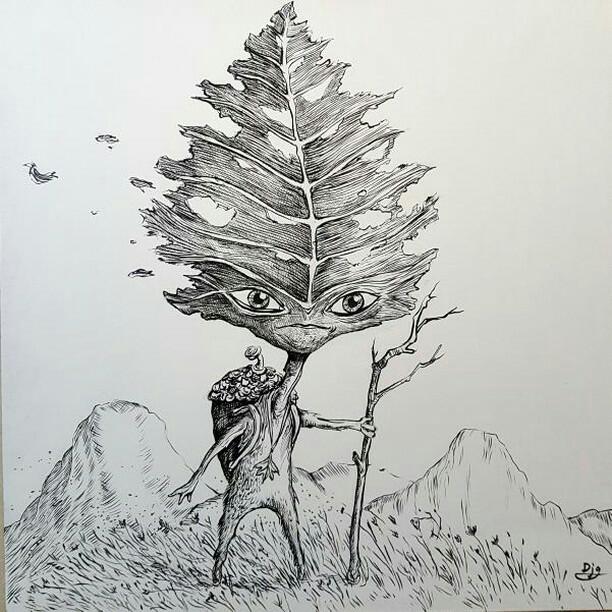 Siegfried
Posted by DuanesPoeTree at 9:44 PM