“Imitations of Love Poems” is a joint production by Dory Williams and Dustin Pickering. Like most marriages, the book is an odd pairing of two quite different sensibilities. Though both poets write of love and religion, Dory speaks most often of God and Dustin of thwarted Eros. Dory excels at wonderful one-liners like “There is a border at your neck where my lips dare to travel” and “My eyes own a well, built for me, and you are the water.” Dustin takes a more circumspect approach, sprinkling his poems with references to the Classical world of thought populated by Heraclitus, Ovid, and Damocles, and speaking in the voice of Lyndon Johnson’s grandfather, a Confederate veteran who formed the Populist Party in Texas and prefigured many of the paradoxes of the Great Society; generally, his lines are longer and deeper, as in the prose poem “for M. S.”:


“When your sweet dreams linger long with afterglow, you will fly like a courtesan of rain through the mysterious sky. Ambivalence is my secret ghost—he tangles your lips with metaphor. The Magi are hopeless in their search for silence. At night, you are a shining star that knows the source of light”

Dory is the mistress of the aphorism, “If you want fame and money without real / Achievement behind it, you’re not greedy enough.” “Youth is a car sale. The salesman lies. / But we get one look at it and it's sold.” “With comedy, / you can forget your problems, and fast. / Unfortunately, it always seems it’s the tragedy that lasts!” Dustin is better at indirection, as in “Angels in the Dark”:

Something of passion is here,
listening. I cannot let it go
because it holds me in silence.
I had hopes placed in those lips
that form the most measureless magic
of your smile; I wanted to kiss them and hear them
tell me what the world imparts.
However, my heart will not stop its ache
and you cannot stop it even
if language could cry for me
as I try, again, in these words
to tell you my heart cannot leave.

Dory is quite capable of paradox, as in “For Me, For You, For the World”:

I say the words, “I Love you”, before I speak.
And I stay before I’m invited

But Dustin revels in making language itself a living, mysterious entity, as in two of his poems “For e. b.”:

i have usurped your river of thought
and looked up words in your dictionary
without your permission.

you kiss language, and
let its free fires fluster and smother
to bite wisdom in its fearful grip.

While Dory wavers between desire and uncertainty (“Angels cannot stop true love. / Neither can demons! / Death cannot stop true love. / But you can!”), Dustin sometimes shows his promiscuous side, engaging in dialogues not with Dory but with his glittering muses Leonard Cohen (“They Won’t Forget to Pray: verses in response to ‘So Long Marianne’”) and Amy Winehouse (“I Cried For You on the Kitchen Floor: lines from ‘You Know I Am No Good’”).

And so it goes. The Dory section and the Dustin section are like mismatched lovers, separate and independent under the same covers but deriving mutual warmth. They do not reflect upon each other, as William Blake did in his contrasting “Songs of Innocence” and “Songs of Experience.” They follow their own paths without reference o each other. But, as Dustin reflects,

This is how worlds happen
One truth turns into another.
They lean on each other,
grieving and burning
like a small atom dying in friction,
becoming a grave of itself. 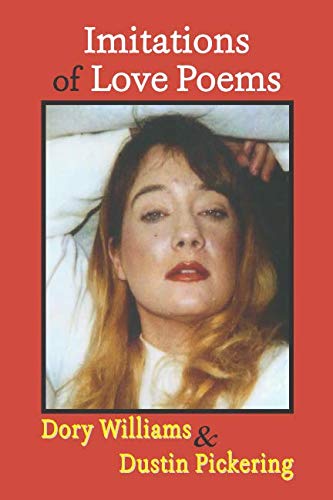 Posted by DuanesPoeTree at 4:01 PM