I discovered Beat writers in the summer of 1961 when I was introduced to scientific research, rationality, and existentialism at a cancer research foundation on Long Island. I just turned 15. I read everything I could at the local library. Reading Jack Kerouac’s “On the Road” was like a shot of speed directly into my heart, exciting, disconcerting, crazy. Along with a few poems from Allen Ginsberg’s “Empty Mirror,” “Howl,” and “Kaddish,” I read Kerouac’s “On the Road,” “Dharma Bums,” “Tristessa,” “Big Sur,” all I could. Forgettable Michael McClure. I soon spent my weekends in Greenwich Village, hanging out on the streets with other intellectual kids and visiting coffee shops. We smoked pot, took whatever drugs were dealt on the streets, very integrated, blacks and whites, having easy sex wherever we could!

Early in my senior year in high school, I was given an early admissions acceptance and scholarship to New York University in the Village. I grabbed it and ignored all other college
applications. My parents didn't know one college from another and didn't know the process so I manipulated my future my way. NYC was less than 2 hours away but I demanded to live near the "campus" in the Village so I could continue exploring my precocious post-Beat, pre-hippy search for love, sex, and social utopia, enhanced by drugs, racial integration, coffee house tears and intellectual stimulation. Following anarchic seeds planted in my idealistic, visionary and adolescent psyche by Ginsberg and Kerouac (although there may be others I can't remember now), I befriended schizos, queer rapists, druggies, eccentric young and brilliant misfit scholars and bad dudes on the streets. I am lucky to have survived alive and unhurt with oral and anal hymens intact.

I met Allen for the first time in fall 1963 when I was a freshman at NYU, Washington Square College. The Judson Baptist Church ran an international student house for graduate students on Thompson Street just south of the square. It had an art gallery and meeting room for readings, rehearsals, etc. Allen dropped in for one reason or another. I met him in the kitchen. I was 17 and was awestruck to meet the great man. I didn't know what to say other than to tell him I liked his poetry, especially his early volume "Empty Mirror," before "Howl."

Romanticised suffering and alienation, free love and free sex, pre-AIDS and innocent of cocaine. I haven't time nor inclination to describe all the lurid details. The Beats gave "license" to try anything for 'experience' of other consciousnesses and union with God. Walt Whitman was behind them all. Without him, depression. The great American lover Whitman. Racial segregation and white suburban Churchianity were the antitheses of my search for universal social and cultural orgasm. John Kennedy's assassination was a big tragedy with many bohemian tears on the asphalt streets. I was in a stupor, shock, confused. I saw tough critics and freaks cry. 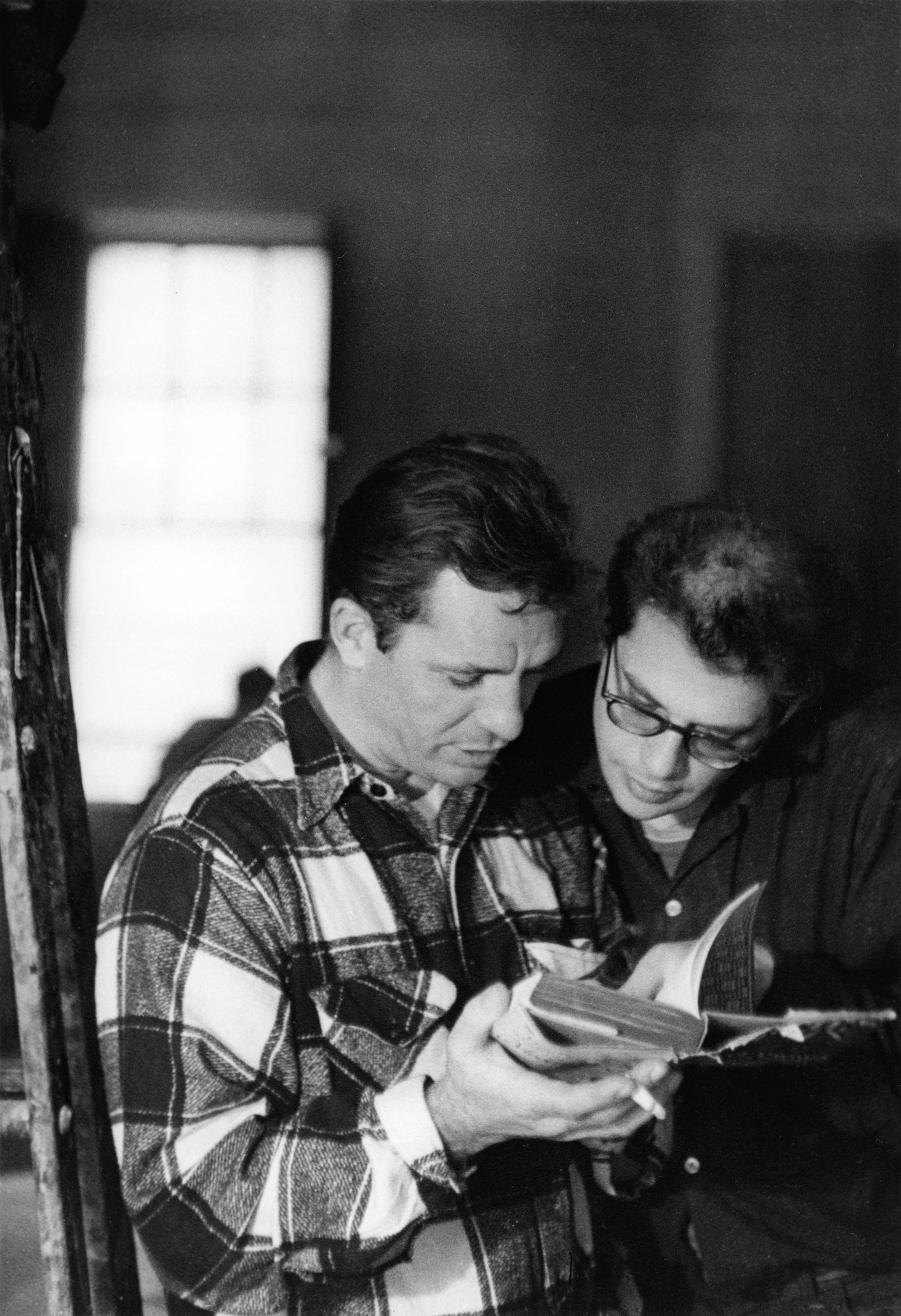 Jack Kerouac and Allen Ginsberg
Posted by DuanesPoeTree at 6:12 PM