In the days of my youth when
I had started asking myself questions
About the riddles of existence,
I met a mariner, ancient in his ways
And mystic in his understanding about life.
He invited me to accompany him
On a long journey and he would
Give answers to all my questions.
Like a kid, I jumped in the air,
Willing to touch the stars and kiss the clouds.

The first day, we talked about poetry.
He said that positive mental energy
Is found in the verses of great poets
Just like the energy found in the music
Of Bach or Mozart.

The following  weekend, we discussed religion
He said that religion and philosophies
Teach that man can become the Christ,
Buddha, Shiva and Zoroaster.

While the dolphins were swimming gracefully
Among the great waves of the sea,
I asked the mystic mariner,
“What is man`s greatest power?”
He remained quiet for  a long time,
Looked at the sky and replied,
“Silence”

Then he spoke about training the mind……
“Man must train his mind to pick up
What is good, what is right.
The power of visualization must be used
As an exceptional talent and gift.
It must be nurtured and jealously guarded.”

One Sunday, we were having breakfast
Comprised of fish curry, salads and boiled rice.
I quietly asked him about diseases
Affecting man across the planet.
He became pensive, as if lost in his thoughts,
Then, he looked at me in the eyes and said,
“Diseases are often the purification of
Mind and body from the toxins
That have been accumulated.
It is necessary that man suffers from time to time.”

After a few weeks spent in the company
Of waves that dance in an interplay of colors vibrant
And the rays of the sun teasing my half-naked body,
I was in a happy mood and laughed
For reasons unknown to me.
The mystic mariner touched my bare shoulders,
Drew me closer and closer to him and whispered,
“Keep laughing, seriousness reduces life.
Be happy darling, I love you.”
“I love you too honey.”
Since then, I have spent the rest of my life
In the bosom of the sea, visiting far away shores
With my mystic mariner as companion. 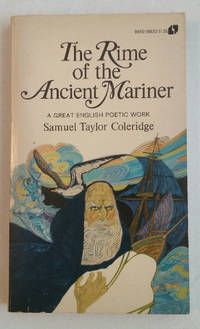 Mask of the Ancient Mariner -- Patrick Anthony Pierson
Posted by DuanesPoeTree at 11:43 AM