Flowers are back outside the gates
of Kensington Palace; a sea of flowers,
tabloids say, like the sea of tributes
twenty years ago when bouquets
sprawled one on top of the other
like broken- necked birds.

This wasn’t the sea.

The sea was sapphire and spangled
below the Fayed’s cliff-top estate,
rocked the press men’s little boats
as Diana appeared in a leopard-print
swim-suit, dived from the high board
in a perfect golden arrow.

The sea was a wide warm dance floor
where the Jonikal waltzed, sailed Dodi
and Diana from the hub of St. Tropez.
They relaxed on deck, compared
favourite movies, lonely childhoods,
made love to the cradling of the waves. 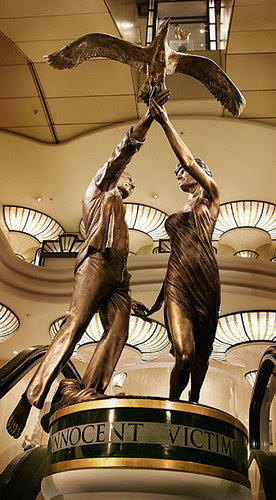