You were Nature first

and then the influence of my mother

You whispered sweet nothings in my ear

and every time you made me your channel

it was nothing but girl; all woman power

I realized the pattern was not created by me

The third time you wore the face of death(10)

but then I searched for you anxiously in face after face

Each face holding a piece of the puzzle

But never matching or making the whole

Only hints and clues and life no Holmes

In the blood and joints and in the subterranean fields unborn

Each time the fix was not yet the right mix

When you are an addict you keep playing with the doses

trying, against all hope, to get hold of the purest

Bangalore was the place for hardcore junkies like me

I almost found you in it. My veins were easy to find.

I did not need a rubber to make them stand out, unlike Jeet

The stuff went in through my eyes and I od'd

I had Renaissance on my mind in those days

Rome? - it could not hold a candle to your nipples

outlined against the thin fabric of your striped shirt

you, in your new avatar

the you from whom I stole nothing

but on a beach in Libya

I had to write your swan song

after staying away from you in Jeddah

Marriage took you away

or was it just that you grew old

poems and people are not telephone calls

You did not die, you always returned

in the advancing nights

as someone else, being sought

that in formation would fly

near the beach opposite Malta, across the deep blue Mediterranean

while I grieved for the light of family, friends and missing or dead/dying muses

stranded, far away from me

In Bangalore - dark and bright.

(10) Refers to my sister Tina's death. She was seven months old and I ten and I wrote a lot of poems to get out of the anger I felt at life or God or science then. She is also referred to in the last line of the section "The first place." 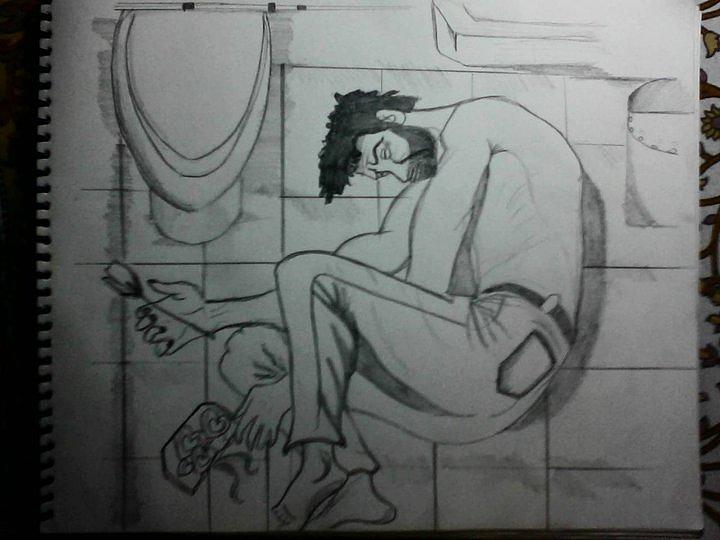 The Addict -- Rupali Motihar
Posted by DuanesPoeTree at 6:13 AM