The Riddle of Them

My name is Lesane Parish Crooks
My parents
Afeni Shakur and Billy Garland
Were members of the Black Panther Party
In the late 60's to early 70's
You may know my songs
Dear Mama
How Do U Want It
California Love
I was also in Juice, Poetic Justice, Gridlock'd and Gang Related
I was assassinated in Las Vegas on September 13 1996
Who am I?

I was known as Christopher George Latore Wallace
But they called me Biggie Smalls
Or Biggie
I was friends with Sean Puffy Combs
You heard of my songs such as Hypnotize Juicy Big Poppa Mo' Money Mo' Problems Sky's the Limit
I was killed on March 9 1997
What is my true name?

I was Craig's father in the Friday film series
I was Pops in the Waynes Bros.
I was Granddad on the Boondocks
I was in Black Jesus
I was in Vampire in Brooklyn
I was in The Tracy Morgan Show
I was in Barnaby Jones
I wore danceable shoes and slightly loud shirts
In the Waynes Brothers while making "good food"
While chasing the Williams Brothers around
With my belt
I lived till I died on October 29 2019
Who am I?

I was born Frances Ethel Gumm
I was an actress, singer and dancer
I was in vaudeville with my two sisters
I was married 5 times
I worked with MGM Studios
I am remembered as Dorothy Gale
In The Wizard of Oz
When I sang Over the Rainbow
I appeared in more than 2 dozen films for MGM
I have three children who are Lisa Minnelli, Lorna Luft and Joseph Wiley "Joey" Luft
Barbiturates ended my life on June 22 1969
Yet I am an icon to the LGBTQ+ Community
Who am I? 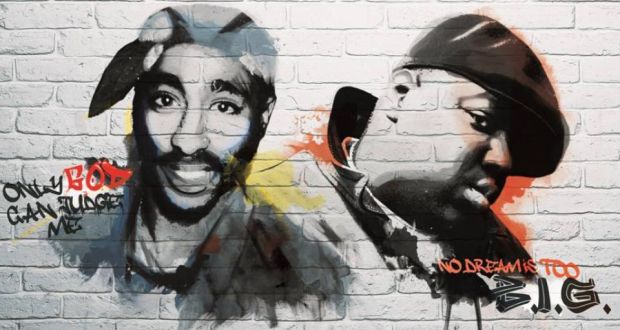 Posted by DuanesPoeTree at 3:24 PM