Donal Mahoney: I was asked once to list words that might capture my personality. I settled for excitable, competitive, intuitive, obsessive and empathic. The English expelled my father from Ireland around 1920 at age 18 or so for running guns for the Irish Republican Army. My mother was an illegal immigrant who somehow got on a different ship around the same time and ended up in Harlem. Hunger motivated her to leave. She too was 18. Other kids went to the zoo during summer vacations. My father took me to the stockyards instead so we could tour the slaughterhouses. We watched cattle and hogs being slaughtered. No one was allowed to watch the sheep being killed. But my father made sure I saw the Judas goat lead the sheep into the slaughterhouse. I was not shocked by any of this. In fact, I enjoyed it because my father had often talked about slaughtering livestock as an adolescent in Ireland. I wanted to grow up to be rough, tough and hard to bluff like him. I took a couple of degrees in English because I knew the intricacies of the language coming out of elementary school thanks to a nun in eighth grade. She made me diagram 30 sentences a night for rolling marbles down the aisle. I learned grammar that way. After I got a master’s degree I tried to find her and thank her but she was already in a home. Teaching the kids of immigrants was no easy task. I had to wear a suit and tie to work as a young editor in the Sixties, even though I have a blue-collar mentality. I could do white-collar work but I really didn’t fit in with those with a similar education. I had no interest in business despite giving it a try. But I had to make money. Five children were born between August 1962 and March 1968. Yes, I was Catholic, having spent 19 consecutive years in Catholic schools without ever being tempted to be a priest. I was always a Believin' but Misbehavin' Roman C, a phrase I have often thought would make a good Country and Western song. Nine years ago I returned to the Roman Catholic Church after a 40-year hiatus. Though I was never "holy," theology and philosophy have always fascinated me. Even during the years I was misbehaving, I always believed in God. Faith is a gift, of course, and for some reason God let me keep it till I wandered back home. Because of working on deadline as an editor of different publications, I quit all personal writing between 1972 and 2008. When I retired, my wife bought me a computer as a gift and showed me in the basement cardboard boxes of unfinished poems gathering dust since 1972. I have not stopped writing since. It’s a great prophylactic for the prevention of Alzheimer’s Disease, at least for me.


DV: What was the process that got you into the writing game?


DM: That my parents were Irish immigrants is probably the most significant factor in my writing life. Words were everything in the home I was raised in. Words flew around the house at times like butterflies; other times like missiles. My father launched most of them. My mother said little. My father could use any tool to fix almost anything. I could fix nothing with or without any tool. Words were the only tools I had. I kept them in an invisible quiver and kept buying bigger quivers. Most fathers in that immigrant South Side Chicago neighborhood, if asked by a son about a trip to the zoo, might have answered yes or no. My father always said "perhaps" to any question like that. I think “perhaps” is the first word that sent me to the dictionary. I have spent most of my life looking up words, for years in dictionaries and now online. I think “diarrhea” is a beautiful word to hear and look at in print so that might offer a hint as to how odd in some ways I am. The first thing I ever wrote or tried to write occurred early in grammar school, perhaps in fifth grade, circa 1948. I sat with a pencil and pad of paper in front of an RCA console radio listening to Sunday afternoon dramas. The main and only character in my unfinished “novel" was Yukoa, an Indian living in Alaska. Can’t recall how much I wrote but I enjoyed doing it. There were no computers, of course, back in the Fifties when I started writing on my own apart from school requirements. I'd jot down phrases for poems that came into my mind on scraps of paper and I'd stuff the scraps in my pockets. When I'd get enough scraps of paper with lines for potential poems in my pockets, I'd type them out, one to a sheet. I'd come back to those sheets and keep adding more words and lines until I had a first draft. Then, I'd revise each draft a zillion times and go through all kinds of Eaton’s Corrasable bond typing paper to do so. Before Eaton’s became available, I was a big buyer of White Out to erase my typing mistakes. Now I just sit behind a Macintosh computer and hit the delete key.


DV: Did you always write poetry?


DM: When I was young, James Wright knocked me over with his "Lying in a Hammock on William Duffy's Farm in Pine Island, Minnesota."

Over my head, I see the bronze butterfly,
Asleep on the black trunk.
Blowing like a leaf in green shadow.
Down the ravine behind the empty house,
The cowbells follow one another
Into the distances of the afternoon.
To my right,
In a field of sunlight between two pines,
The droppings of last year's horses
Blaze up into golden stones.
I lean back, as the evening darkens and comes on.
A chicken hawk floats over, looking for home.
I have wasted my life.

The last line floored me and I was hooked. In the late '60s and early '70s, when I still lived in Chicago, I began submitting to "small magazines" in Ireland. There I had the company of another young writer named Seamus Heaney. Even then I knew he was light years better than the rest of us. When he won the Nobel Prize for Literature, I wasn’t at all surprised. The man put down words like a bricklayer, nothing misaligned. And yet he had a music all his own.


DV: If you had to compare Heaney with Wright, what would you say?


DM: I can’t be objective here with my upbringing surrounded for years by variants of the Irish brogue, each with its own lilt depending on the County in Ireland the speaker came from. Heaney writes pure English in a brogue those with my background can hear. I love James Wright as well as T.S. Eliot and e.e. cummings and others. But I’d like to have the Collected Poems of Seamus Heaney to read in Purgatory for the years I will likely spend there.


DV: What about your own career as a poet?


DM: I have probably 1,000 or more poems, short stories and essays at various sites online. We moved recently and my wife found quite a few little magazines from the late Sixties and early Seventies containing what a scholar might call my juvenilia. I had only poems appear in print back then—perhaps a hundred or so sent out methodically with a self-addressed envelope. It would often take months to get a response and rejections far outnumbered acceptances. I did not start writing fiction and essays until an editor in 2010 told me that a poem I had submitted would work better as a short story so I gave fiction a try. Writing fiction and non-fiction turned out to be a whole new experience.


DM: For me trying to write poetry is far different from trying to write prose. Poems of mine almost always begin with a word or phrase or line that simply comes into my mind, often while shaving or doing something else when my mind is empty. Fiction usually begins with an attempt at a poem that doesn’t work as a poem, and nonfiction often begins with fiction based on fact that won’t work as a story so I have to tell the truth and nothing but the truth. Prose requires that I think and then write. I “feel” nothing in the process of writing prose. I have found poems harder to finish than fiction or non-fiction. I “hear” the first draft of many poems, take dictation and then revise and revise. I forget the name of the famous poet who said that a poem is never finished, simply abandoned. I agree completely with that idea and apply it as well to fiction and non-fiction.


DV: What are the skills of a good editor? Are they transferable to writing well (and vice versa), or are the two processes completely different?


DV: This is a very tough question to answer despite all my years as a print editor. Two things might be transferable in my case. I was merciless in cutting copy written by good people which was often the case as managing editor of the then-Sunday magazine, Midwest, at the Chicago Sun-Times. The editor would hand me, let us say, 20 pages of copy and tell me to boil it down to 10. Some of these writers were very good. But I cut. I find with my own prose that when I go back to it I forget that I wrote it and have no problem with similar surgery. With poems when I was buying poems for a small national magazine called Today, I simply bought what I liked. I never suggested any changes to a poem. I took it or did not. Prose I might ask for a trim if deadlines would permit. Otherwise, I’d cut it myself. The older I get the less I care about the fact I might have written something. I simply want to reach a version I can send out without barfing on the screen, fully aware that what I send may make some editors barf.


DV: Do you have a regular schedule?


DV: Do you have any ambitious projects you are working on?


DN: My wife spent many years taking photographs, professionally and creatively. I have never lacked ideas for something to write but if that ever happens I might give poems to her and have her match them with photos and see if a publishable book might result. That combination appears online a lot but I don't know if books have begun to use it. Could be interesting but it sounds like work. Since I worked as an editor most of my life, I try now to avoid work. Writing my own stuff isn't work.


DV: When we get “old” we’re supposed to teach the “kids” all that we know. (I guess so they will be better than us, which seems rather self-defeating as far as the ego is concerned.) Are there any words of wisdom you’d like to share?


DM: I don’t have any advice for young writers except to revise and revise, let the piece marinate overnight, and revise it again in the morning. Send it out when you can do nothing more and you think it has merit maybe only you will appreciate. Writing is a wonderful obsession that doesn’t make one a drunkard or the parent of illegitimate children. If one has the skill it is worth pursuing. 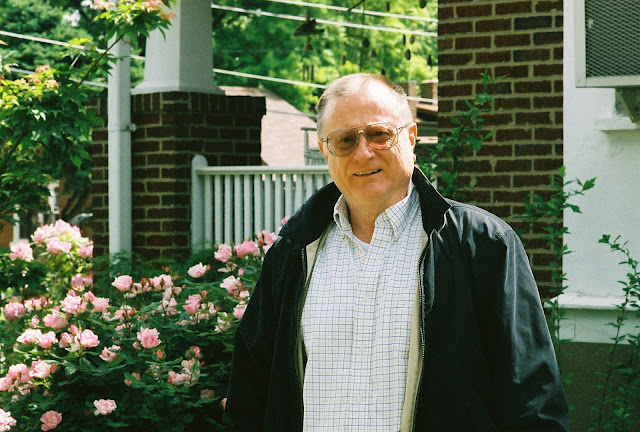 Posted by DuanesPoeTree at 6:25 PM