something lost and had

apparently, there's a cosmic shift
within the celestial realm
they allegedly pen up Capricorn
but I don't believe in astrology,
I consider it bullshit myself,
tweets and tactics
from moments of time where I have not begun
in giving you the ceaseless anatomy lesson
of what makes up a body,
arms, legs, fleshly fragments,
meat bone and scar tissue diaries
the real tour is about the pleasures of food, sex,
individualized processed native sensations
of the first times of many,
found in even the pain of illness,
anxiety and alienation,
let me touch you in dreams
I'll try not to remember you holding the key in the cabin
during the storm when lightning struck
entering through the window without shattering glass
we'll pretend your mind never went
your body never limp and cold
after the sizzling electric warmth of death - was it really death?
did the universe just take back what never should have been, - when Gemini twin
white and black - initially stillborn - but one of you still survived
the product of engineering against the natural causes of void of birth?
is the real lesson of body essentially in mind? does a cat have legs?
frog’s eyes? the aardvark his snout? crocodile’s scales?
are animals their bodies? bodies without bodies in the being of mind?
or in the mind of being?
mindful being in being mindless - a time out of mind - once upon a time - once upon a mind
all this speculation and a map of the stars illustrating existence
doesn't at all seem improbable - in the snow against the wall making love
in another reality with the girl from the faraway time
who never should've been born when lightning
struck, and a thunderbolt heralded true callings, lost in contemplation
confused marvels of transcending reality
while trapped in another
never being able to fully flee 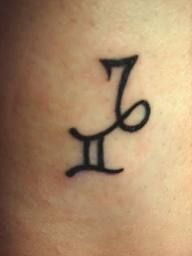 Posted by DuanesPoeTree at 3:51 PM