I might be crazy.
I sat in my car the other day outside of school
And tried to think of just one thing
That inspired me.
Just one.

Oh, his body came home
And lived and breathed in Liberty
For another forty years
Floating down a river of Jack Daniels
Through a constant haze of weed
His mother wouldn’t touch him when he slept.
The first time she tried, he woke with his hands around her throat.

But now Jimmy Seigfried is really dead.
He didn’t get a Purple Heart, but the war killed him, nonetheless.
And so is Grandpa who came home from Belleau Woods
A proud Marine
With a wooden leg.
Will has a titanium face and demon dreams
Souvenirs from Fallujah
He’s come home to wage war with the VA

And all those young men who chanted
“Hell no, we won’t go”
And got trust-fund college boy exemptions
While they protested the war
And preached peace and love (and free sex, of course)
Retire on their fat-ass CEO millions.
Ah, so much for idealism.

While we’re happy as hell to go to Walmart in our pajamas
And hear what the superstars are doing
And slip on our headphones
And tweet our 1,423 closest friends
And smoke our legalized weed
(Thank god we don’t have to smoke it out of gun barrels, anymore)
And argue the glories of the SECOND AMENDMENT
Let freedom ring

And Jimmy Seigfried is still dead. 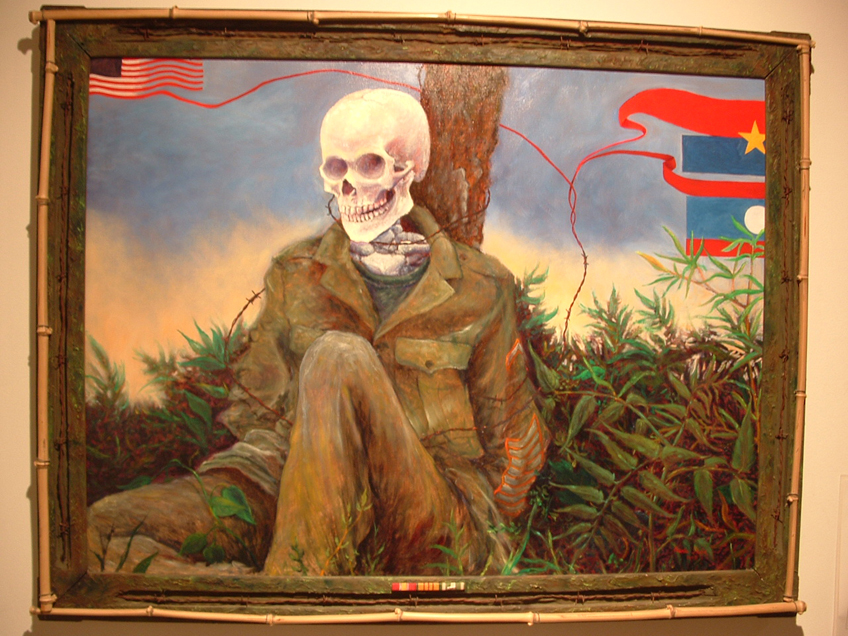 Posted by DuanesPoeTree at 3:01 AM