We can examine the universe in all its vastness, as we can measure the innards of an atom in a cyclotron or count how many angels are dancing on a needle’s point, because these phenomena all exist beyond, outside, at a remove or several moves away from ourselves. Our own motives, needs, desires, purpose, being, essence are much harder to comprehend. We can try to see ourselves through the eyes of others (psychiatrist, comrade, parent, paramour) or by reflecting in a mirror (but this one, by necessity, is both backwards and distorted). The Other is always easier to understand than the Identity.

And so it is that poet Dustin Pickering tries to explore that hardest of all themes for any writer to wrestle with, the process of artistic creation itself. Even Dustin sidesteps the centrality of this problem by using painter, not poet, as metaphor (after all, metaphor is the poet’s primary apparatus). And, in another sideways progression, the story unfolds through a female persona. (It is, after all, necessary to distance oneself in order to plumb one’s depths.)

Let’s proceed from verse to verse, deliberately linking all of the specifically painterly passages. The painter-cum-creator proceeds from poem to poem, arriving first at “a quaint hill” with her brushes. Even though it is the first entry in the volume, she notes that “Sometimes a meadow is a place of grace” and “This will be my resting place.” She sleeps and wakes, her tears reminding her of her loneliness. Above her head, her easel – “proud / and irreproachable” – “Like a patient spider, it rests in its nest / and waits for my hand to find inspiration.” She always has with her a can of brushes, “some thickened with yesterday’s paint. / I do not always wash the signs of the past away. They are my symbols.” Then, when her “hand feels the longing toward creation,” she reaches for brushes and palette. “I want to peer into the eternity of this flower! / I want to know its heart. / My fingers cannot awaken its slumber, / but my brushes will interpret its rest.” She begins applying her paint, appreciating that “The light strokes of the brush hairs / have their own language. / I am their interpreter and translator.” And as the work proceeds, she realizes “Painting is immortal …. Fury is gentle in my brushes.” As the weather around her worsens, “I feel the aching in my heart / but my hand continues to move” and she feels emotions coursing through her “like a bolt of lightning / slightly out of reach.”

As she dabs and daubs she recalls her first teacher, who

instructed me to cease repetitions
and craft the image meaningfully.

Reconstruct it several times
before considering it complete.
He told me, “The art of perfecting an image
is often misunderstood –

amateurs think careful thought
and planning prepares
exact beauty.
But no, the truth appears through abundance.”

Here, exactly at the book’s midway point, appears the first poem without painting. The painter is still there, of course, but feeling vulnerable when not participating in the process. “I open my eyes, afraid, and feel / an uncomfortable immediacy; / something groping and violating my solitude.” The mood does not survive the single poem, however, and in the very next verse she picks up the brush once more: “Within moments I begin to draft my image, / reflecting on the source / of all that is good and delightful / This nameless Nothingness, / impersonal and luminous.”

my will is wasted
on this fruitless attempt to understand.

An act of creation isn’t simply imitation.
An artist wants to assure possibilities,
to delve into the heart of things.
If she doesn’t return from the darkness,

Perhaps she will be forgotten.
Like a mermaid…
she dives deeper into the sea, leaving mystery
in her rippled wake.

And the for a second time comes a poem that is not about the act of painting. This time it is the painter’s model, a hyacinth, that is the subject of her musings. “How do I know its mystery, infinite and reluctant?” The painter is overwhelmed by her own inadequacy. “When I reflect on myself I feel like a fool, / some jester in a lawless court / who fears for his own head.” But, ineluctably, the work must go on. “I begin to paint again. I add splotches of violet, / some crimson, and try to capture the light.” And as the work proceeds, the painter is imbued with new passion. “The grasses rock to and fro / in cheerful worship /… I am within this snapshot / of eternity’s imagination, / looking through the double gaze / of the cosmic mirror.”

I look again at what my hand has done,
and my imagination delights
at the colorful skill my hours unfolded.

Yet it doesn’t reach deep enough,
and I find that what it says
is only part of what is really said.

For a third time the creative process is interrupted, as the painter again is consumed by self-doubt. “The mystery deepens in my solitude. / The flower will not share its secret.” But the pause, again, is brief, and in the poem that follows, the painter, though her limbs still feel “frozen,” reaches for her brushes again, even though “The can is cold, and each brush / blanketed in snow.” And she wonders, “What if I am only a form of thought, / stranded in the dream of another’s heart?” Nevertheless, she dries the brush, performs the ritual, shakes the cold water from her reddened fingertips, and reminds herself of why she began her art. Unfortunately, she realizes that “Capturing essence in the fleeting, / chaotic existence enclosed within Time / is an impossible and dissatisfying task” even while also acknowledging that she is “the dream someone experiences / in this cold imbecility” and hoping that “Each application of pigment is a stretch / closer to truth.” As she proceeds with her prosaic limning, the cosmic mythos “guides my eyes as I paint” and, as she looks “vehemently at the Void / where this struggle began / both the forceful Creator’s and my own,” the realization comes that “we are beautiful, terrible monsters.”

It is only in the final, “Spring,” section that Dustin permanently turns away from the painting metaphor to reflect on the philosophical underpinnings of life, love, and passion, and the realization that none of these vital items is dependent upon art, no matter how much the painter and the poet wish it were so. For Dustin, art finally dissolves into Deity. “To make is to make better…. The illusion is in waking. / There wasn’t a truth in this flower.”

I surrender the unique work created
By my hands to You.

You are secret bliss:
Open the flower
And show us the tears
Instilled in Creation.

Of course, one needn’t read through the entire poem to discover his intent. Anyone who reads his  Acknowledgements will discover his purpose. “Your nature we cannot fathom or know, but still we participate in it as your metaphors. We exist in reference to You as subtle analogies. Although we are lost in our preponderant physical abyss and forget the Ultimate, that Being rests within us and we are Its language.” 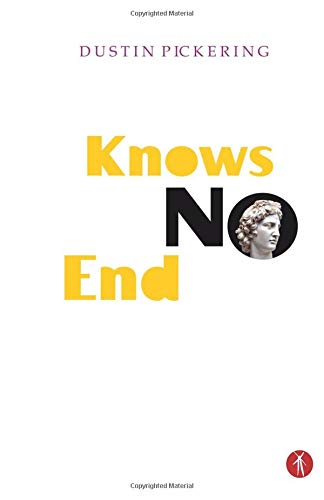 Posted by DuanesPoeTree at 2:34 PM