He met her, his aunt a few times. She was old as god. Her family never spoke of her. Other than his father they never had to. They were Sunday Christians. His father, a weekless Christian, never made any judgment of her. She was his sister.

She always boiled a cup of tea for his father and cola for him. She always had a tray of shortbread cookies ready. She lived on Main Street, when Main Street
had poetry,
when Main Street was the city of bootleggers,
bookies,
houses of sex and of nighthawks,
in the same apartment since the 1930s. It was her home her and her place of work. It was a small apartment. He could never recall the color of the walls. He supposed brown. Might have been rose. The room was dark. Only a small shaded table lamp lit the room. The room was crammed with
two sofa chairs,
an arm chair,
a day bed, a
dresser, a wardrobe,
several framed reproductions of English landscapes,
a budgie cage and budgie,
a china cabinet,
a faded Persian carpet,
a table against the wall with a hotplate on it
and a kitchen table in the centre with no chairs around it.
The bathroom was down the hallway, shared by other tenants, Iskerski, O’Connell, Kaufman and Bitteridge.

The blinds on both windows were drawn.

She had a talent, a secret talent, a good talent/bad talent, unschooled talent. She had no education, pulled out of school at age 11.That did not prevent her from learning the skills of an abortionist. She was "the necessary angel"to many young women who fell in love with young men in uniform during World War II. Young soldiers who made promises. The young women gave into vague promises. Young soldiers who lied.

“What if I am killed. I will have never known you.”

And some young women, for the helluv it, wanted a good time as much as the boys that bedded them.. They came daily to her third floor apartment, mostly at night. The streets were dark. A headscarf prevented identification. Mostly they were unmarried, but a few were married. Their husbands were fighting overseas and a child would be hard to explain.

She made a modest living from the service she provided. She had no luxuries but she never lacked. Rumors had it she had an abortion in the 1930s. Maybe she understood. She understood the necessity.

There were other necessary angels through out the north end of the prairie city, but none of her skill, her love for the women, her compassion, her seeing them as a person. When the women looked into her eyes, her young eyes, they saw a friend. The women left with a future. They left with choices. No choices removed.

In the 1980s his aunt had retired from being “the necessary angel”.  She was approaching 80 years. She was entertaining men.

Her eyes were young. 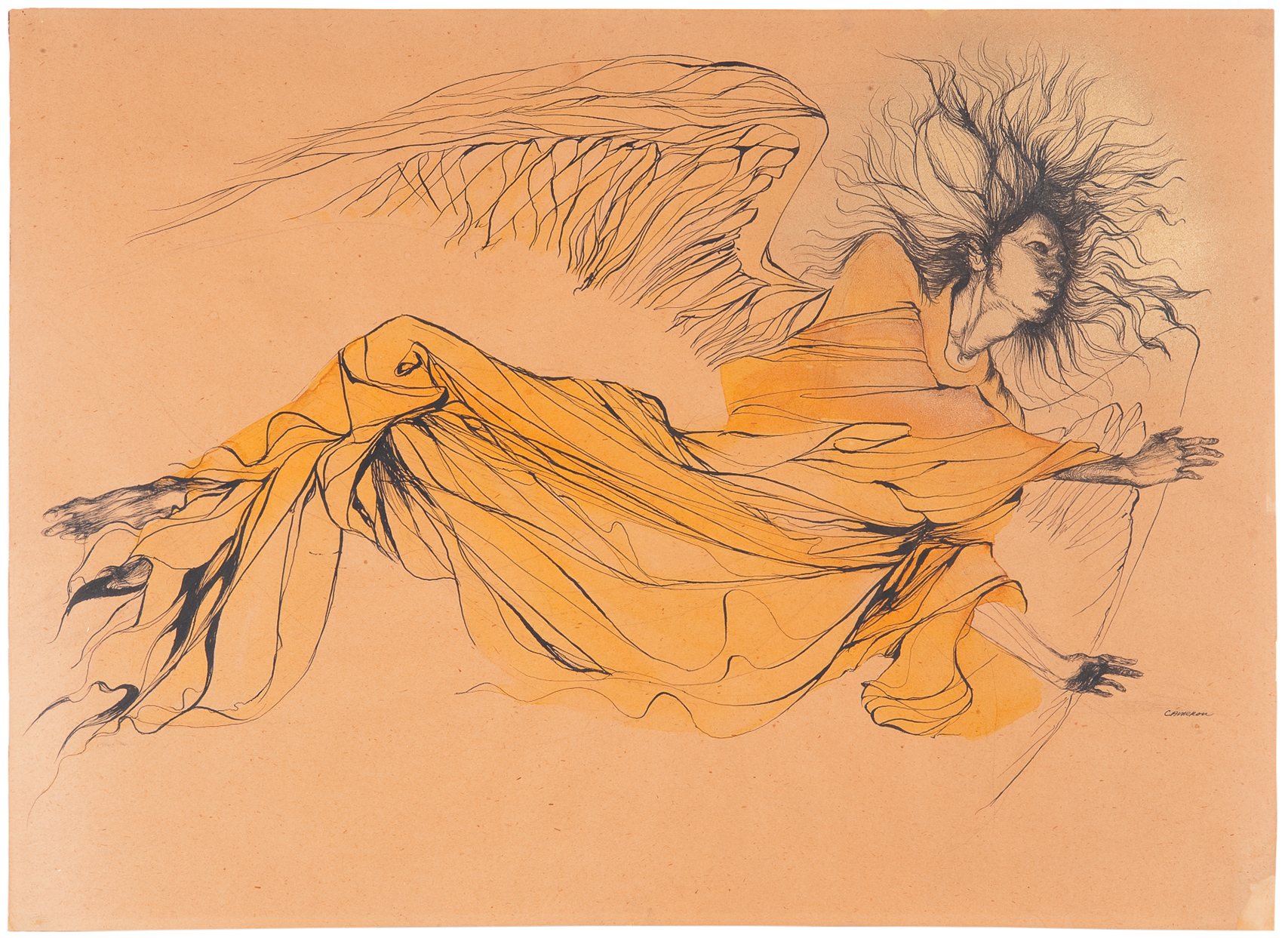 East Angel -- Marjorie Cameron
Posted by DuanesPoeTree at 10:48 AM