A Film About Miles Davis

Last night saw a film on Miles.
Naturally, I found myself beguiled by Miles;
Learning some, earning much
About a damaged individual who touched the world;
Who burned for music
(Seemed to me that  girls and women were his muse,
He, who reigned,
But they, the ‘bucker-uppers of a plagued, tormented genius).
Oh yes, learned, confirmed:
Treating gigs as practice,
Performance as a wormhole
To lose the blues that come from fear:
Ways to hear
cliches,
Bad intonation, phrases weak,
Shut one’s ears to chairs that squeak,
Grand piano with bad touch; much more…
Aware of sound through speaker, mike too far, too near…
Most of all, to love the public that sits there
To see, to listen and to share,
Who look upon me as a copybook.
I feel loved before a note!
Within his greatness lay the hubris.
But within, as said, the genius.
Flaws of distrust, paranoia, dormant/ triggered
by annoyance;
Introversion’s muted horn.
He, the frightened, corned lion.
And those women!
Most of all I came away with honesty;
The weediness of middle ground
Of which, I know are sides of me:
A waste of time and energy.
One needs to be more ballsy,
Even if one is a graceful ‘she’.
Oh, sad Miles,
Even when you altered styles,
Hard, demanding all the while;
Cars and clothing, pot, cocaine - even then
The core of you,
The red line constant - running through
Was puzzlingly robust and true.
Falling down, then standing up,
You’d come back new, a boxer pup!
Life catches up. Miles had a stroke.
Sixty-five’s no age to go,
We all were left a ‘kind of blue’.
Fast Ferraris, razzmatazz
Flashy flesh…   jazz’ed was not worth…
Jazz’ed did not last. 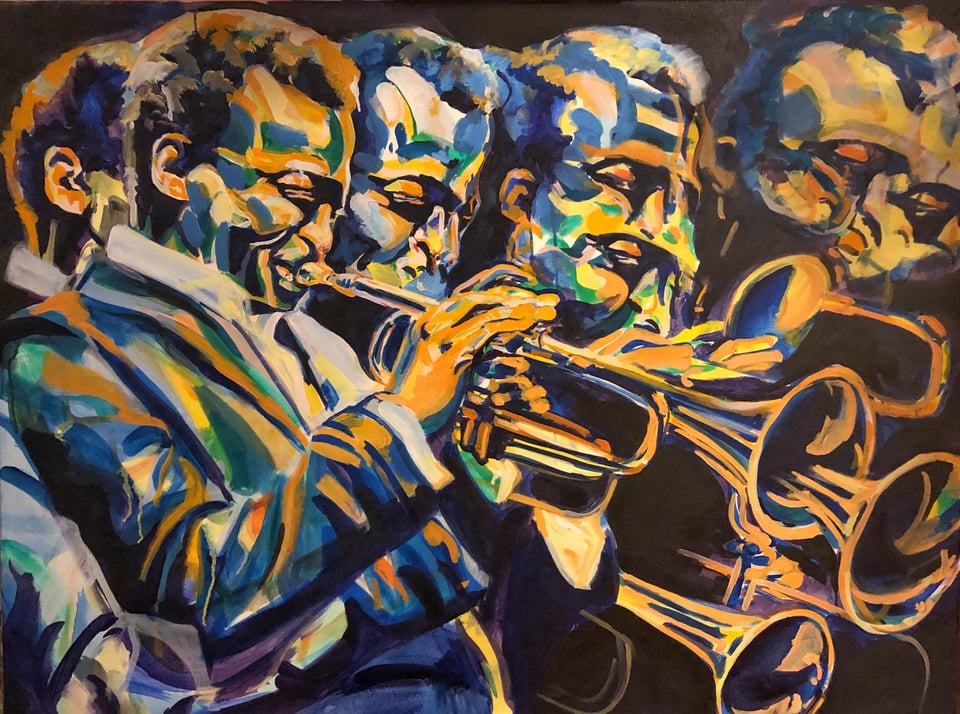